Beyond the Box | Creative Asian Innovators 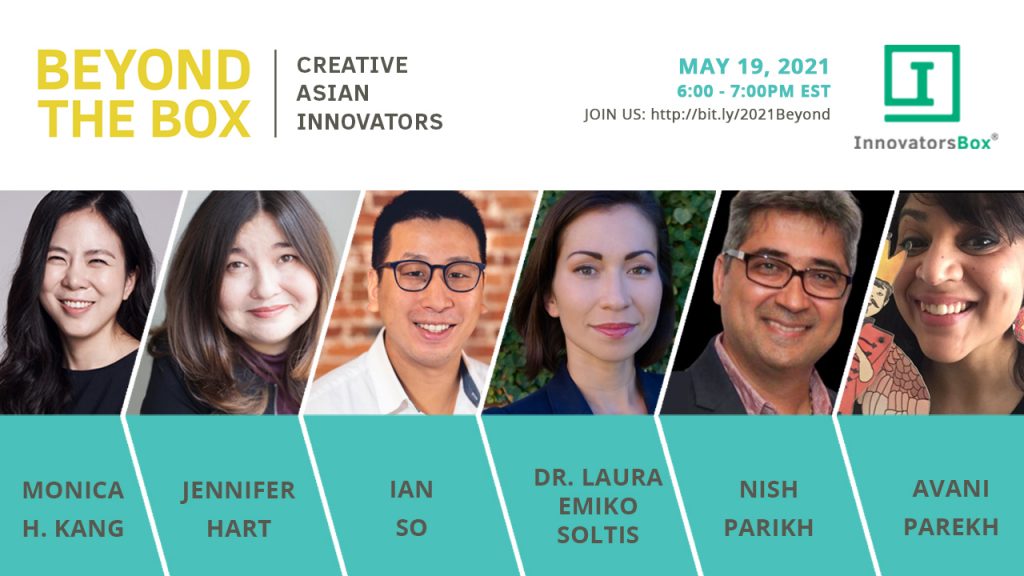 Growing up as an Asian-American, I’ve struggled with what it means to be me – Am I too Asian? Am I too American? Why can’t I just be me? And what does it mean to innovate in your voice? Like all the past Beyond the Box series at InnovatorsBox, I’m excited to untangle how identity influences how we innovate and how you continue to pave new paths even if you don’t see someone who looks like you.

In this month’s particularly personal #BeyondTheBox, we’re celebrating Asian American Pacific Islander (AAPI) Heritage month by having conversations with some creative innovators who happen to be Asian-American.

The term AAPI is inclusive but also incredibly expansive and complex. We all have multiple aspects to our identity that affect the lens through which we see the world and our work.

“We’re not here to encapsulate the AAPI experience, but to celebrate individual stories of wonderful innovators, who just happen to be Asian American on top of everything else that they do.”

1. How has identity and environment shaped who you are today?

The world will create boxes for you, and each person has their own way to not only break out of their boxes, but make their own “boxes” depending on their identity and the environment they grew up in.

Our panelists got vulnerable and outlined some of the key ways their environment influences their lens as an innovator.

Being Different Makes You Comfortable in the Unknown

Ekimo shared how being biracial, multilingual, and on the cusp of generations as a “Geriatric Millennial,” has constantly made her feel different throughout her life on multiple levels. She ended up embracing the fact that she’s never felt like she was around someone who truly fit her “identity,” and uses that to connect more meaningfully with the people in her work, who often feel the same way. “I feel really comfortable being around different people, because that’s all I’ve ever known.” 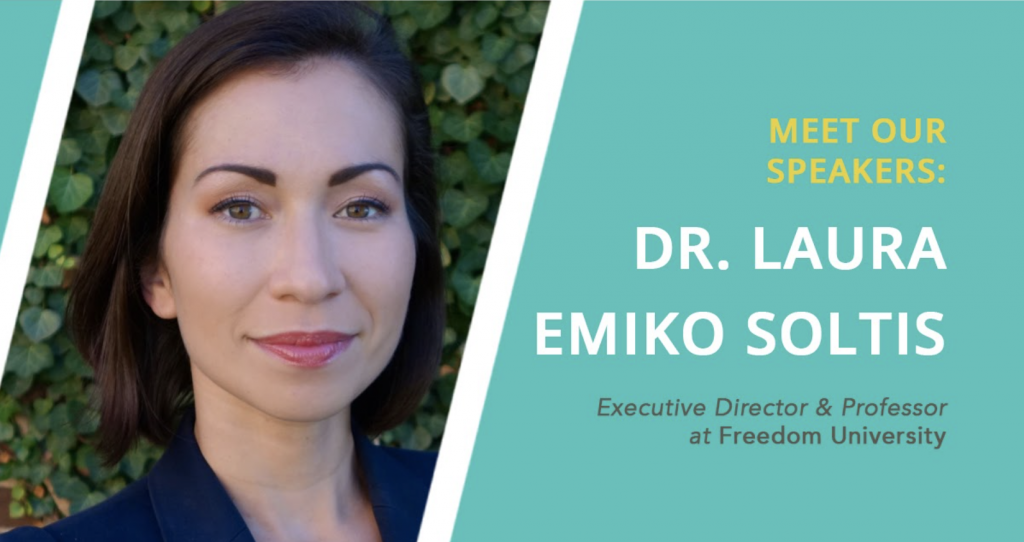 Avani Parekh, strategic partner at Facebook, pointed out that there are many ways she’s learned to embrace her feelings of being at the “borderlands” of society, growing up as a bi-racial Asian-American in the 80s.

Now she can leverage her different perspectives to get a job, and says she appreciates the wisdom she’s accumulated from having her unique perspectives. In-fact, she added that having complex identities makes you adaptable, “I have made other places home just by virtue of the fact that it’s so comfortable to exist as an ‘other’”.

A Family-First Culture Trickles Down to Customers

Ian So, CEO of Chicken & Rice Guys, an infamous food franchise in New York, said he’s still trying to figure out his identity.

In-fact, he didn’t allow his identity as an Asian-American to put him into a “box” of only making Asian food (although many people make that mistake). He chose to meet an unmet need of his community instead – there wasn’t any real representation of halal style chicken.

While Ian is still figuring out his identity, he said that family has always been at the center of his environment, and he translated that to his business. After all, family is not just something you’re born into, it’s something you create. As Ian shared, “When I started a business, I took that emphasis on family into my company. And I think that’s why we have such a low turnover rate. And it’s very unique in the food industry.” 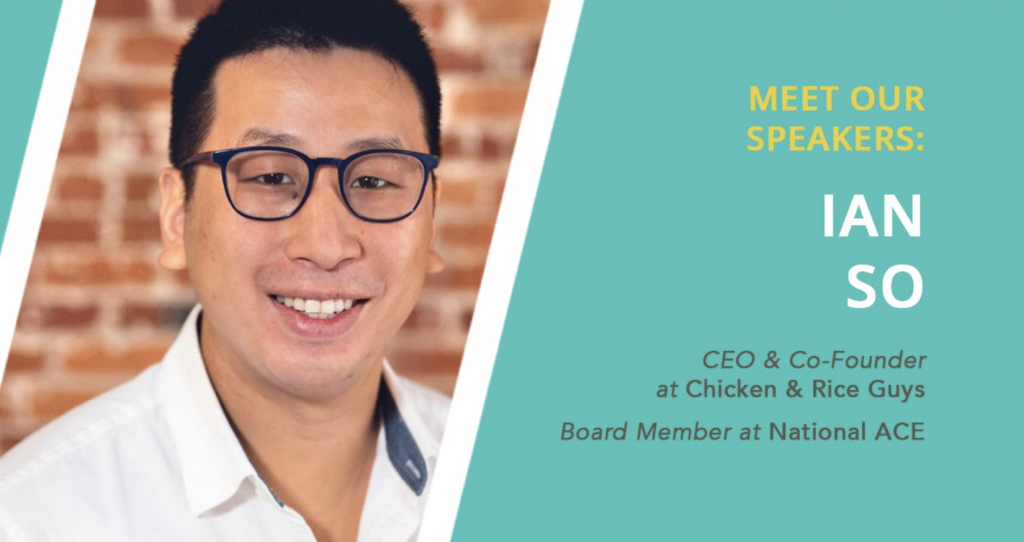 Ian added that his family-first business culture not only creates internal team loyalty and drive, but also improves the customer experience. Treating his team like family, translates to his team treating their customers like family.

2.What does being an innovator mean to you?

Being an innovator means different things to different people, and in-fact your definition of innovation will change depending on where you are in your life, and what experiences you have.

“I think if you're looking for the light, you will find yourself in spaces of innovation, because it's only in the light where it can happen - because we need to illuminate problems and find solutions to them.”

What’s your environment for innovation? Right now, Avani said it’s all about rest.

“For me, the innovation in this moment has really been about rest. It’s not about creating anything, or doing anything, it’s literally just about staying in one place, and listening, watching and waiting, because the moment calls for me to observe and step back a little bit.”

Nish (Nishith) Parikh is a social “intraprenuer” and CIO at SourceAbled, a workplace solution that connects job seekers and employers.

He said the pairing of patience and empathy is key to being an innovator, because innovation comes from the knowledge and experience of your stakeholders. If you don’t have the patience to genuinely care for what your customers or team members are FEELING, then you’ll miss the nuggets of gold that drive innovation. 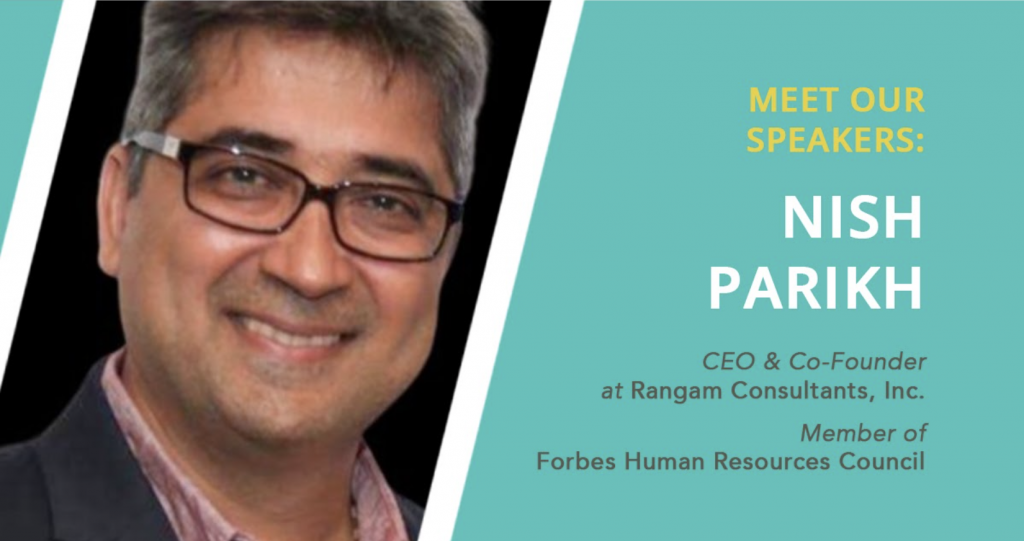 “The challenge is, in the world of innovation, when you're working on any societal-impact related changes, it's it's very long journey … I think patience has been very helpful as I'm going through this journey … as an entrepreneur ... with societal impact.”

3. How do you maintain empathy without overextending yourself?

As Nish pointed out – empathy is a key ingredient to innovation. And you can’t turn off “caring” like the flip of a switch. So how do you maintain that empathetic lens without overextending yourself into a place where you aren’t caring for your OWN feelings?

Seek Out Community When You’re Overwhelmed

The pandemic caused a very unique phenomena – every person in the world was facing the same problem at the same time – Covid-19. For many, this was the first time in their lives that they felt traumatized by a power out of their control, and was forced to adapt. But as Ekimo points out, her community of immigrants and asylum seekers were already in adaptation mode, and their community with the mantra “remember to breathe” was at the heart of reducing overwhelm.

“The empathy went both ways - teachers to students and students to teachers, and that’s community. In terms of not overextending yourself, I think sometimes nonprofits and movements are seen as different things (For better or worse). But there’s a hybrid and that’s a community.”

Take Care Of Yourself First

In order to develop an empathetic community, you must first care for yourself by setting boundaries and making time for self-care.

“I don't think he can be overly empathetic, but there has to be ways where you can maintain this work … and also make sure that your health is the priority.”

Avani demonstrated how setting boundaries for herself allowed her to become a better leader, even if it didn’t make sense on “paper.”

During quarantine, Avani started a Facebook group called “a group of people telling you it will be okay,” which started as an intimate group of people encouraging one another. Then when the group was featured on Mental Health Day on Facebook, the membership jumped from 750 to around 7,500.

That growth seemed great on paper, but for Avani, it was a turning point in her ability to deliver. The group got dark fast, and soon became flooded with heavy, serious challenges from people who were hurting, which overwhelmed her. Avani decided that it was best to archive the group, because she wasn’t showing up as her best self.

“I think I have a pattern of outsourcing my own healing by helping others... It just really became clear, like I can't show up for people, if I'm not showing up for myself, and I can't help people.”

4. How do you encourage business owners to embrace empathy and give back to the community?

Giving Back Is Not Just Giving, It’s a Luxury Learning Opportunity

Ian, among many people on our panel, values being a community leader, and puts a lot of time, effort, and money into charitable efforts that give back. Some business owners may see that as a chore, but as Ian says, giving back is a luxury that benefits both you and the community.

Ian said his community efforts are a huge learning opportunity, he is able to practice his leadership skills across different cultures and cities.

“Setting up a culture where you don’t just focus on dollars cents … and aren’t as hands on, gives you the luxury to invest in the community.”

5. How do we bring innovative ideas to the group as an observer or an actor when there’s a group of people who are not inclusive as you expected?

In the wake of the increased publicity of Anti-Asian racism, fueled by the pandemic, we can all take a second to reflect on our responses in meeting instances of ignorance.

Emiko, who has faced everything from right-wing supremacist rallies to micro aggressive questions, said the key to facing these unpleasant situations is to understand that it’s  a reflection of who THEY are, not who you are.

“In this conversation, being vulnerable - oftentimes, you need to be the first person to do that. And that's hard .. that takes a lot of courage.”

Overall this event really helped remind ME how important it is to intentionally connect with people who share parts of your identity. We all bring unique perspectives to our life, and as an innovator, it’s our job to identify those perspectives, embrace those differences, and unlock those innovative secrets to solve problems.

Missed it? Intrigued to learn more and hear ALL the innovator’s stories? You’re in luck! We have the full event video for you to watch below. Also, follow us on our YouTube channel and get your popcorn out – you can binge on it all!