Beyond The Box | Strong Female Innovators 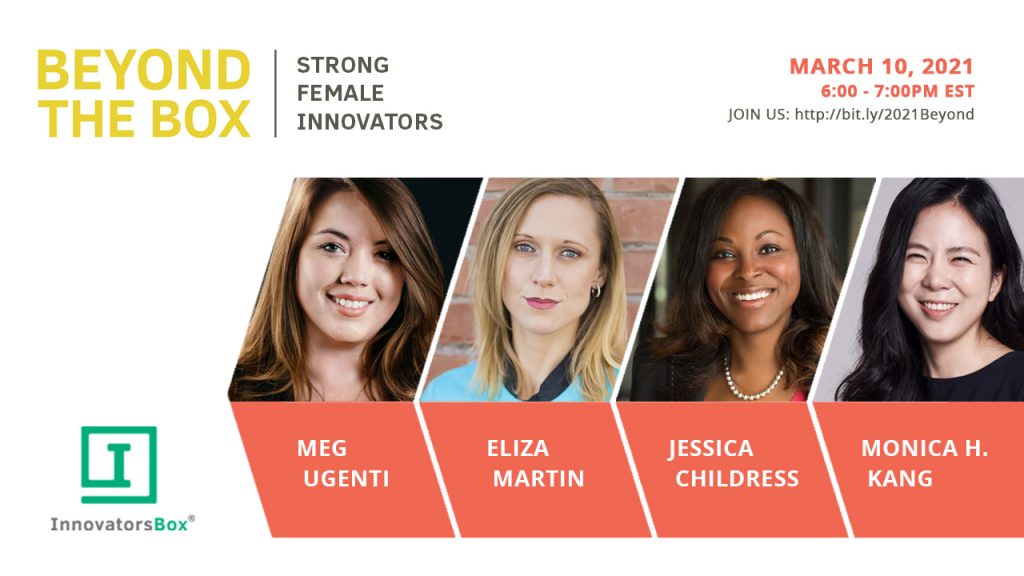 The U.S., along with many countries worldwide, celebrate the women who have been at the forefront of positive change. This month’s theme was – “Valiant Women of the Vote: Refusing to Be Silenced,” and recognizes the women who raised their voices in the battle for women’s suffrage. While it’s important to celebrate historical achievements, it’s also essential that we reflect upon our current challenges with suppressing women’s voices — in business and society as a whole.

As a minority woman entrepreneur, I have been consciously vocalizing and encouraging diversity in the entrepreneurship ecosystem that I am in. Women that inspire me the most are those that are not afraid to speak their truth. Their courage, determination is contagious and continues to inspire me. Their vulnerable stories help me understand that it’s okay to feel hurt and defeated after a failure, but also that it is important to remain resilient and find allies.

"The courage and determination of women who're ot afraid to speak their truth is contagious and that continues to inspire me."

In recognition of Women’s History Month, I wanted this month’s #BeyondTheBox series to highlight not only the achievements of strong, female innovators, but also get vulnerable by diving into their personal challenges and hard lessons they learned throughout their journey. We learn from their triumphs, gain insight from their candid advice, and draw inspiration from their lessons learned. 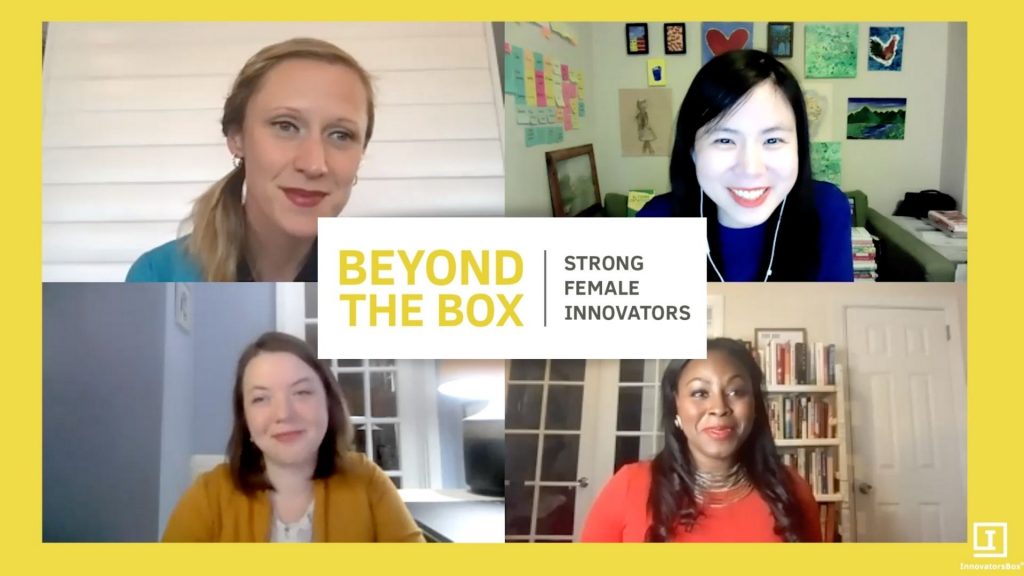 What challenges did you face in finding your voice as a female innovators, and what lesson did you learn?

I asked Jessica Childress, Managing Attorney, and Founder of The Childress Firm PLLC and Founder, Juris Prudence LLC, about her challenges as an attorney who took an untraditional career route. She explained that she struggled with the lack of representation of women, especially women of color, in the legal industry. She also found herself carefully studying the way men acted in order to mimic their assertiveness.

She later founded a passion for writing creatively, which inspired her to carve her OWN path — starting her own law firm and writing children’s books which represented lawyers who looked like her.

At first, she was scared to even share her accomplishments on LinkedIn, but later found a like-minded community that gave her the confidence to embrace her differences.

"The more that I became comfortable with loving my journey, the more it gave me the courage to stand strong."

“It took a while to cast those voices of doubt. Occasionally I think those voices do seep in, but they are far less strong than they were when I first made that jump.”

In addition to learning to find your voice, it’s also important to learn to use your voice effectively.

One of our questions concerned the latter, which was – DO YOU ASK PERMISSIONS OF OTHERS, ESPECIALLY MALES A LOT? As a leader, asking permission to do something, as opposed to simply telling or asking, can dilute our voice as female entrepreneurs. Every time I send an email, I always scan it to ensure I am– asking questions not permission. You can still be kind and thoughtful by asking a question, instead of permission to do something for you, or speak to you.

Meg Ugenti, Corporate Director of Sales & Marketing, Focus USA, said she used to ask permission for nearly everything she did, “I created my own ceiling, my own box that I fit in.”

Later, she changed her approach to inviting people to the conversation, as opposed to asking permission to chat. And by practicing this, she was able to change her views on her worth and her time. 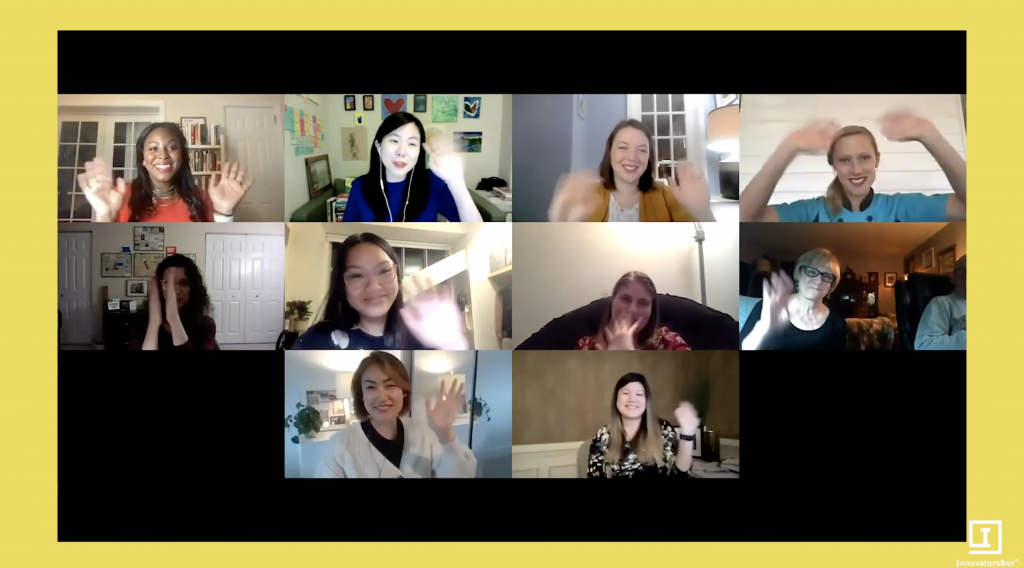 How do you defeat the voice of your inner “imposter” saying you’re not good enough?

I think most women can relate to the feeling of an imposter voice telling them they’re not good enough, smart enough, or confident enough. When the topic of imposter syndrome came up, we were able to learn from some of the tactics innovators have used when that pesky voice comes up in their mind.

The solutions? Name your imposter voice to identify it as a separate being, and actively advocate for yourself against it.

Eliza Martin, Chef and Director of Education at Culinary Artistas said she actually named her imposter (Her name is Agnes). When Eliza was an executive chef, Agnes would tell her she isn’t good enough to put new meals on the menu. Agnes would tell her to lift 60 pound bags of flour to prove her worth in a male-dominated industry.

Eliza said Agnes still talks to her, but that learning to stay true to herself (and not Agnes) helps her overcome any feelings of imposter syndrome or even worries of being “too bossy.”

Jessica added that she even writes down counter-points to her imposter’s arguments against her, (but you don’t have to be a great attorney like her to do so!)

This event was immensely empowering. The panel and attendee’s candid advice and stories were not only relatable, but showcased true, female strength. It helped us discover ways to amplify our voices as women, and silence the voices that go against us (Which are often even from ourselves). Innovation and creativity requires bravery.

Missed it? Intrigued to learn more and hear it all? You’re in luck! We have the full event video for you to watch below. Also, follow us on our YouTube channel and get your popcorn out – you can binge on it all!

P.S. Join us at our next event. We’ll continue on these conversations with Asian innovators and how they innovate differently from a whole different lens. I’ll be moderating that in