MEET ISAIAH WEATHERSPOON: A MUSIC COMPOSER AND PRODUCER WHO CREATES WITH PURPOSE 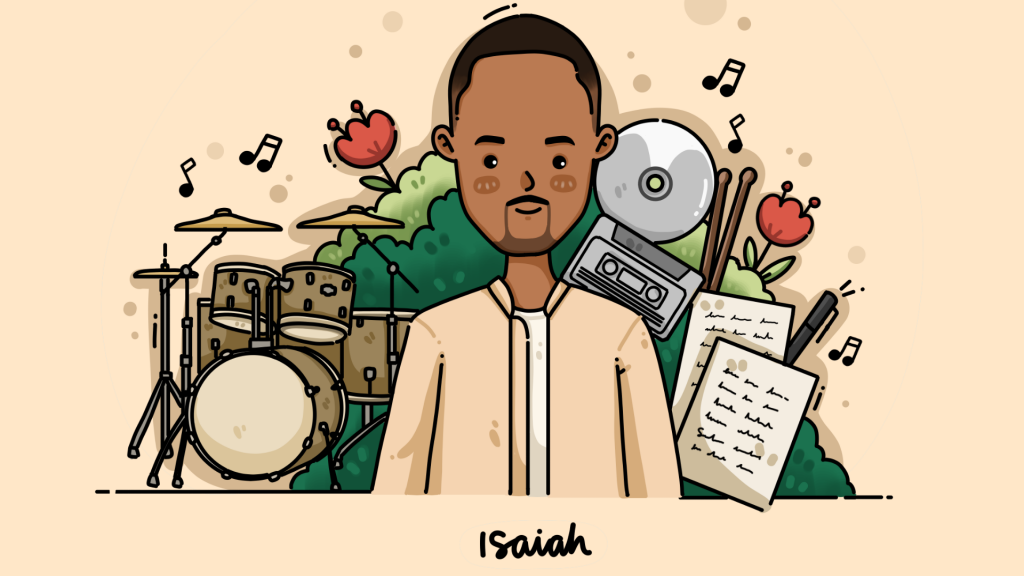 This is InnovatorsBox’s “IB Backstage“ series, where in celebration of InnovatorsBox’s 6th year anniversary in November 2021, we are highlighting the stories of our incredible team members.

Isaiah Weatherspoon is a bubbly creative for whom every beat is an opportunity to tell a story. As a drummer and musician, he loves to help you see why music is a powerful way for us to see a new us in our days. He will tell you in a heartbeat why it’s key that we live our best lives in everything we do and how we can find the courage to do so. With faith and music at the center of his being, I knew Isaiah would be able to tell the stories of our innovators through the beat he creates with a mission.

In my Q&A with Isaiah, we go through a number of questions from why creativity is important to him in his career in music and music production, what skill is key in doing what he does, how is producing music different than what he had imagined it would be to where he finds inspiration to tell his beats.

Isaiah has also written a children’s coloring book! And in this blog, we’ll find also out why he wanted to write his coloring book for children that could inspire them into music.

MONICA:  How would you describe yourself in three words?

MONICA: Why is creativity important to you?

Isaiah:  I believe that creativity allows us to open our minds in innovative ways to view and solve problems more effectively.

MONICA: What was your favorite project, experience or memory working at InnovatorsBox?

Isaiah:  So far, my favorite project has been recently finishing InnovatorsBox’s new Lo-Fi album titled, “Today’s Gonna Be A Good Day”. This has been a great experience! 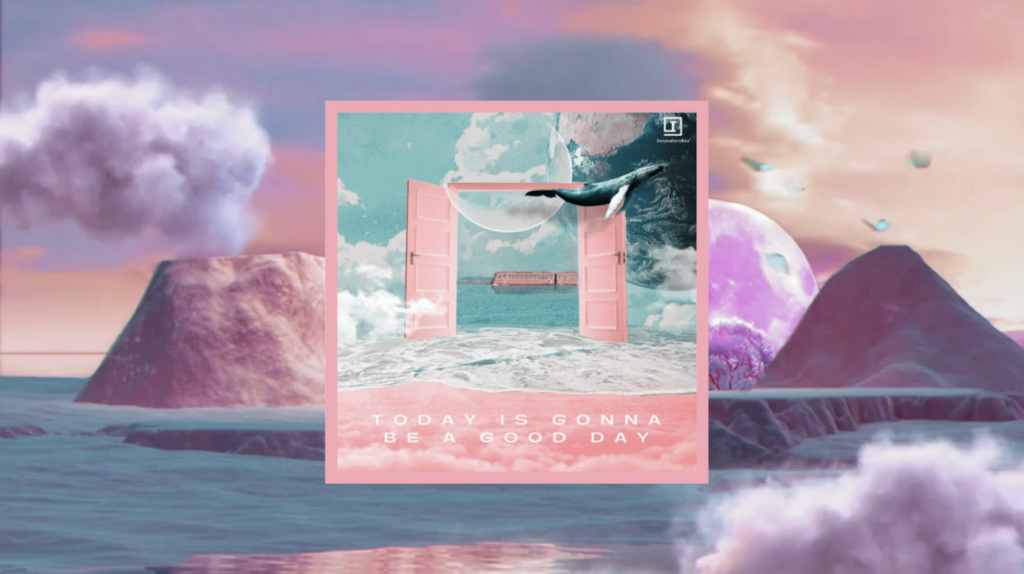 INTRODUCING: ‘Today Is Gonna Be A Good Day’ by InnovatorsBox Studios

MONICA: Why is making music important to you?

Isaiah:  Making music is important to me, because it is a form of art and expression. It’s a language that I believe is universal to anyone who listens. Music can also lighten one’s spirit, and I feel that it’s awesome that we have the God-given ability to do so.

MONICA: What is one skill that you found to be key in being a music producer?

Isaiah:  Ear Training and being open to many genres of music are just a few skills that I believe have been key to being a better music producer, for sure!

MONICA: Congrats on your children’s coloring book! What inspired you to write it and why was doing this project important for you in celebrating music for all?

Isaiah: What initially inspired me to write my children’s coloring book titled, “Music Is Cool”, was my interest for empowering the youth through music and the arts. 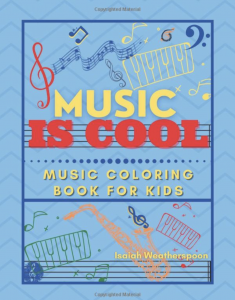 I’ve had that desire in me for a while, so it was a very fulfilling moment to finally have the book published.

I think having the book being published grew even more important to me over time after seeing that it did not only help benefit children to inspire them to pursue music and arts, but it can also inspire adults.

MONICA: When producing and creating music, how is it different from actually doing the role versus what you thought it was going to be? What would you shed light to others who want to be a music producer in what they should learn and hone to do?

Isaiah:  A few key things that I would say are different from my initial thoughts of the music production role is that a music producer typically oversees all aspects of the creation of a song or album.  It can even include the musical elements involved, genre, choice of song, musicians, and vocalist(s).

Before diving into music production, I thought that the role only entailed the process of beat making. But I would soon find out that it’s just one aspect of it. One thing I would shed light on to others who may want to be a music producer is to be open to many styles and musical genres. I think this can help broaden one’s musical taste and knowledge for musical styles. It also opens room for more creativity and musical possibilities no matter what genre one is producing for!

Also, learn how to work and create in Music Production or Digital Audio Workstations such as Abelton, Maschine, Logic Pro X or Pro Tools, just to name a few. These tools will be a helpful resource in your music production career.

MONICA: Where do you find your best ideas for your songs and music development?

MONICA: Is there any routine you have or do that helps you stay creative?

Isaiah:  Absolutely! Listening to music, taking a break from music, and exercising – just name a few.

MONICA: Why do you like the drum? Tell us how you fell in love with it? Any advice on how to get better at it for those who are starting out?

Isaiah:  I love to drum because I believe that God gave me the gift of having a strong knack for rhythm. I started to fall in love with drums at the early age of 3, watching and hearing Gospel musicians play at my church. That was a very surreal and spiritual moment I gravitated to. For beginners who are interested in getting better at the drums, I would say to study and learn some of the fundamental drum rudiments, listen to as many drummers and records to develop the ear for it.

MONICA: Who are musicians or creatives that inspire you?

Isaiah:  There are way too many musicians and creatives to place here that inspire me or have inspired me in the past. However, some are Chris Dave, Questlove, Jojo Mayer,  Danny Gevirtz, Ron Cha, Fred Hammond, Amber Navran, Tia Fuller, Mike Mitchell, Leslie Drayton, and just about all of my friends and music professors from Berklee College of Music!

Be open to many styles and musical genres -this can help broaden one’s musical taste and knowledge for musical styles.

Getting to know Isaiah

MONICA:  What are you watching lately that you really enjoyed? Why?

Daniel:  “I Think You Should Leave,” “Letterkenny,” and “Loki” – they all made me laugh like mad.

MONICA:  What is a book that you couldn’t stop reading?

Mutiara:  The Secrets of Divine Love by A. Helwa

MONICA: If someone is visiting Philadelphia for the first time, where would you recommend they go, eat, or do?

Isaiah:  If someone were visiting Philly, I would definitely tell them to go check out music venues/restaurants at Time and South Jazz Kitchen. These two places are in the heart of the city, have amazing food, and offer live-music as a huge plus. For my musicians out there, sometimes Time restaurant offers live jam sessions at night during the weekends.

MONICA: If you could travel anywhere and do anything, where would you go and what would you want to do?

Isaiah:  I would like to go visit Capitol Records in Los Angeles, California!

Thank you, Isaiah, for bringing your passionate and authentic self in the beats you create, for giving some insight into the journey that you are on, and for sharing tips and ideas for those who may be looking to advance their journey into music. We’re thrilled to have you on InnovatorsBox Studios team, and we look forward to working with you for many more days to come!

To connect with Isaiah: 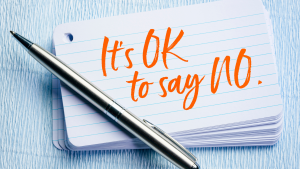 The Art of Saying “No” Thoughtfully 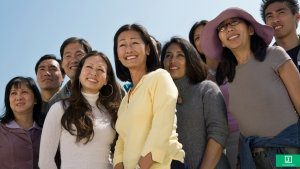 4 Must-Know AAPI Workplace Statistics and What To Do About Them As an Ally, From an Ally